Where I was 10 years ago

I was a freshman at Foothill High School in Tustin, California. During the exact moments it was happening, I was getting ready for my second day of school. I wasn’t watching TV or listening to the news at all. Neither was my mom, whose morning routine consisted of an hour of stressful running around and grabbing things while trying to apply her mascara. When I found out about what happened, I was walking into my painting class. My teacher was Mr. Gillette. Both of the ancient TVs were on with their usual terrible picture quality, but instead of showing the daily announcements, they were on a news channel showing footage of the towers falling.

“What’s going on?” I asked a junior named Erica who had been friendly to me on my first day even though I was wearing a heinously dorky outfit (which was kind of awesome in retrospect). “The World Trade Center just fell,” she said, kind of nonchalantly. I don’t think she meant to sound so nonchalant. Amid the din of the classroom and the chaos of what had just happened I think we were all having a hard time piecing it all together. “What do you mean, ‘fell?'” I asked. “I don’t know,” she replied, kind of nervously. Mr. Gillette looked kind of angry, or so I thought at the time. On the first day of school, I accidentally walked in on one of his classes because I had my schedule confused and he kind of grumped out at me. OK, I thought. Keep your head down. And I did until I got home later that day and watched the news. In those hours between, I faintly remember thinking the city was demolishing the building systematically (for construction purposes). None of my teachers mentioned it, probably with the intent to stay on track and remain in control. I didn’t really have friends to talk to about it at that point, having come from a tiny private school and probably also because of my proclivity for wearing overalls with holes in the knees. I was isolated. This was before the time of smart phones. Even flip phones.

Needless to say, I experienced a delayed reaction, which has always been disconcerting to me. Maybe it’s guilt, or feeling like once again I failed to connect with my classmates over something, especially something this big. But one thing’s for sure, that feeling is nothing compared to those felt by the people who were directly affected by what happened.

I’ve been listening to stories about kids who lost their parent(s) in kindergarten, who are 15 years old today. I can only imagine having to spend all those very formative years with that event looming over you so closely.

The Importance of Being Earnest by Oscar Wilde (the very first book I read on my Kindle). I don’t know why this is part of the high school curriculum. I’m willing to bet that high schoolers don’t appreciate Wilde’s sense of humor. I certainly didn’t when they assigned this to me as a high school senior. But as a 24 year old nerd who is a little more aware of humanity and the weirdness of romantic relationships I totally LOL’d. I even have urges to tell people I’m Bunburying around Shropfordshire when they ask if I have plans. I think I will indulge next time.

Howl’s Moving Castle by Diana Wynne Jones. Do you ever feel like a book was written just for you? I loved this one. There were some aspects that threw me off: Sophie’s mindset about being destined for a boring life because she’s the eldest sibling; the whole Martha/Lettie switching places thing; the abrupt ending. There were aspects I loved: Sophie throwing herself into the role of a determined, assertive, strong old lady; any part with Calcifer; the flowers they grew to sell in their shop (front). And as soon as I learned Howl’s real name was Howell Jenkins and that he spoke a “foreign language” I KNEW I loved the book because all of that means Howl was a Welshie (which he admits later on in the story in a really awesome way). This was my YA choice for book club’s September meeting. Really glad it turned out well – I toned down my enthusiasm at our meeting, though.

I have a massive headache and the hiccups (this cold won’t seem to budge) but I wanted to get this published before Friday actually ends. Would you mind terribly if I just left you with this?

I’m back. I’ve been back for about a week but in hiding. More on that later. While I was in Seattle, I: 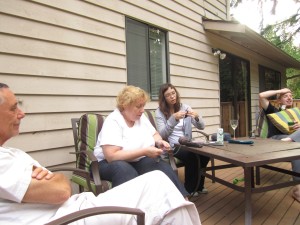 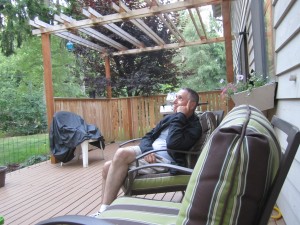 When I returned, I caught a cold. I decided to go out with friends to the Orange International Street Fair anyway. Then I went to book club to discuss Howl’s Moving Castle. Then my cold got worse. I’ve been trying to take it easy and somehow blogging slipped away from me. But I’m back!

The next few days are gonna be kind of quiet around here. Tomorrow morning I’m flying up to Seattle to visit my aunt, uncle, and cousins and celebrate my birthday! 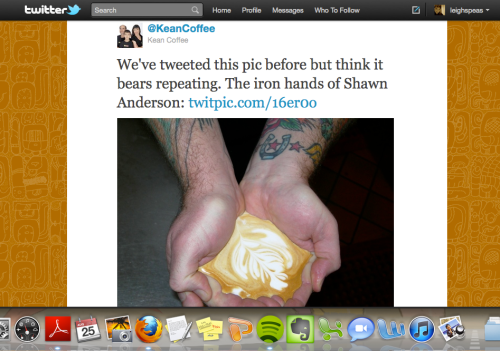 I’ll try to drop in if I have a moment. Have a nice weekend!

Tuesday Tunes: The Ettes – Wicked Will

Yesterday’s post was kind of a downer. I’d always rather praise than complain. Since I’ve been wanting to rave about this album to people for a couple weeks, I thought I’d do so from here. This means there will be a new Tuesday category: Tuesday Tunes.

The Ettes are a three-piece group from Nashville. Their fourth LP, Wicked Will, was released earlier this month and it will kick your ass. I’ve been pissing off my neighbors on the daily with this album.

Midnight Cheesecake
Create a free website or blog at WordPress.com.